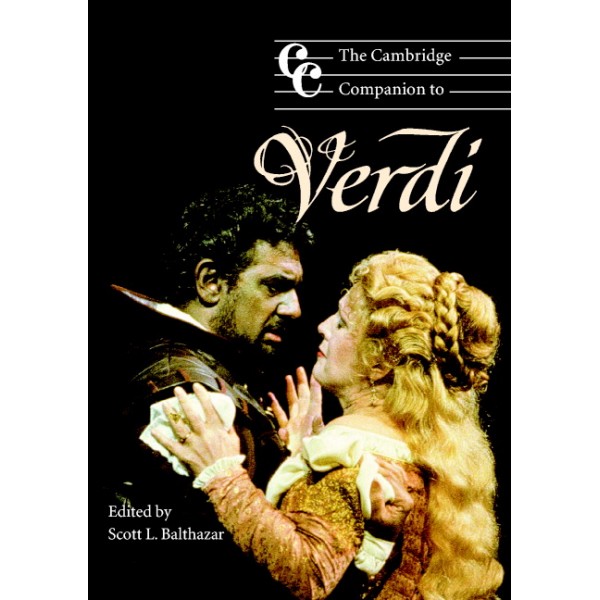 The Cambridge Companion to Verdi

This Companion provides an accessible introduction to Verdi’s life and music.

This Companion provides a biographical, theatrical, and social-cultural background for Verdi’s music, examines in detail important general aspects of its style and method of composing, and synthesizes stylistic themes in discussions of representative works. Aspects of Verdi’s milieu, style, creative process, and critical reception are explored in essays by highly reputed specialists. Individual chapters address themes in Verdi’s life, his role in transforming the theater business, and his relationship to Italian Romanticism and the Risorgimento. Chapters on four operas representative of the different stages of Verdi’s career, Ernani, Rigoletto, Don Carlos, and Otello synthesize analytical themes introduced in the more general chapters and illustrate the richness of Verdi’s creativity. The Companion also includes chapters on Verdi’s non-operatic songs and other music, his creative process, and scholarly writing about Verdi from the nineteenth-century to the present day.