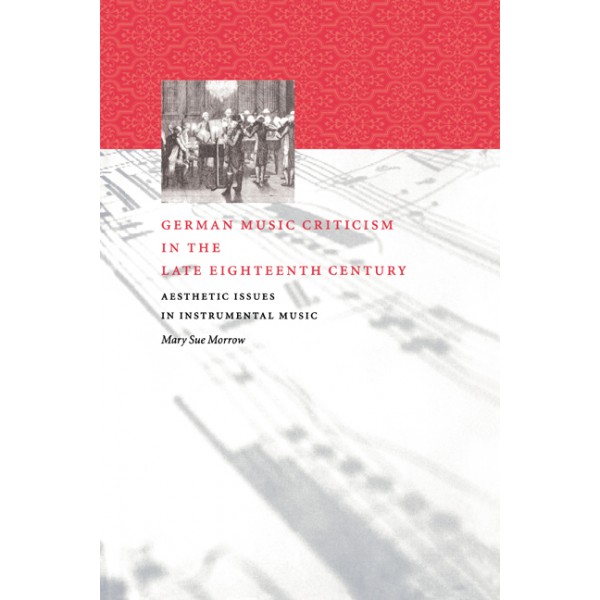 Derives a practical aesthetic for German instrumental music during the late eighteenth century, from reviews of printed instrumental works.

Music aesthetics in late eighteenth-century Germany has always been problematic because there was no aesthetic theory to evaluate the enormous amount of high-quality instrumental music produced by composers like Haydn and Mozart. This book derives a practical aesthetic for German instrumental music during the late eighteenth century from a previously neglected source, reviews of printed instrumental works. At a time when the theory of mimesis dominated aesthetic thought, leaving sonatas and symphonies at the very bottom of the aesthetic hierarchy, a group of reviewers were quietly setting about the task of evaluating instrumental music on its own terms. The reviews document an intersection with trends in literature and philosophy, and reveal interest in criteria like genius, the expressive power of music, and the necessity of unity, several decades earlier than has previously been supposed.