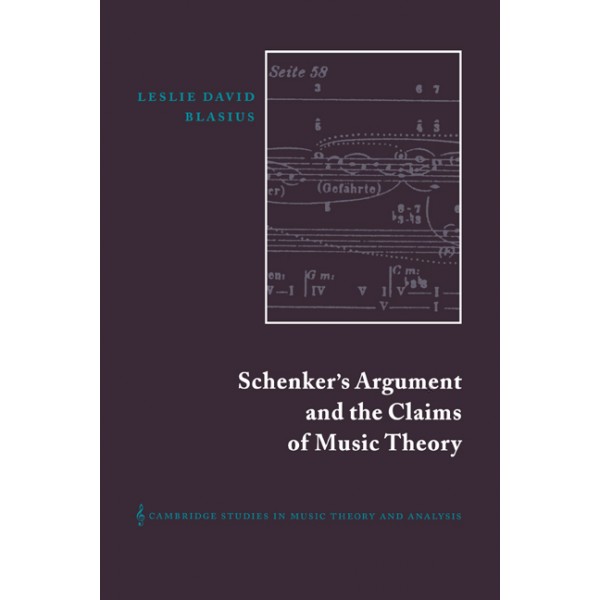 Schenkers Argument and the Claims of Music Theory

This book provides a reassessment of the work of Heinrich Schenker.

Heinrich Schenker’s theoretical and analytical works claim to resubstantiate the unique artistic presence of the canonic work, and thus reject those musical disciplines such as psychoacoustics and systematic musicology which derive from the natural sciences. In this respect his writing reflects the counter-positivism endemic to the German academic discourse of the first decades of the twentieth century. The rhetoric of this stance, however, conceals a sophisticated programme wherein Schenker situates his project in relation to these sciences, arguing his reading of the musical text as a synthesis of a descriptive psychology and an explanatory historiography (which itself embeds both paleographic and philological assumptions). This book rereads Schenker’s project as an attempt to reconstruct music theory as a discipline against the background of the empirical musical sciences of the later nineteenth century.