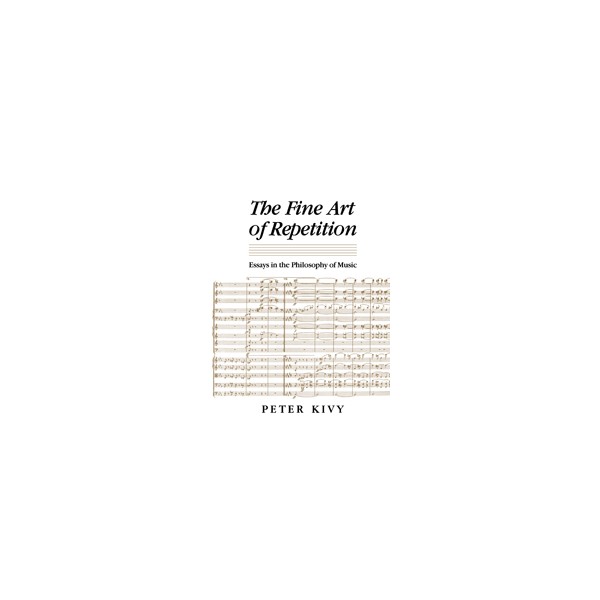 The Fine Art of Repetition - Essays in the Philosophy of Music

This collection of essays from Peter Kivy span a period of some thirty years and focus on a richly diverse set of issues providing an enjoyable and insightful introduction to the philosophy of art and music.

Peter Kivy is the author of many books on the history of art and, in particular, the aesthetics of music. This collection of essays spans a period of some thirty years and focuses on a richly diverse set of issues: the biological origins of music, the role of music in the liberal education, the nature of the musical work and its performance, the aesthetics of opera, the emotions of music, and the very nature of music itself. Some of these subjects are viewed as part of the history of ideas, others as current problems in the philosophy of art. A particular feature of the volume is that Kivy avoids the use of musical notation so that no technical knowledge at all is required to appreciate his work. The essays will prove enjoyable and insightful not just to professionals in the philosophy of art and musicologists, or to musicians themselves, but also to any motivated general reader with a deep interest in music.