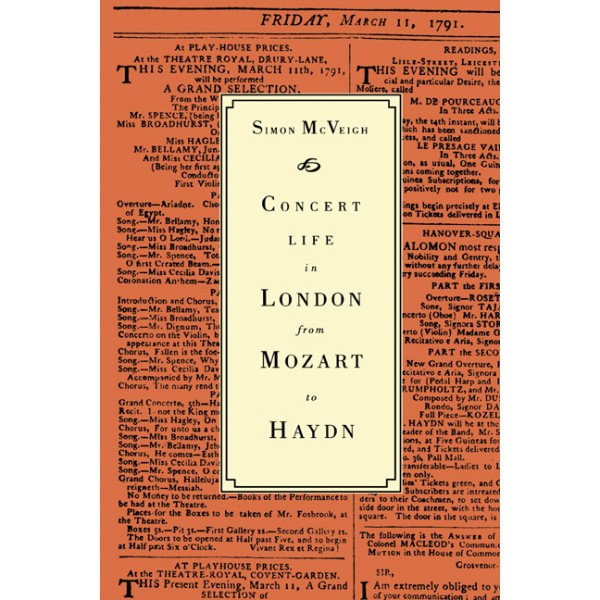 Concert Life in London from Mozart to Haydn

This book is a detailed investigation of a lively and innovative period in London’s cultural life.

During the second half of the eighteenth century, the pace of London’s concert life quickened dramatically, reflecting both the prosperity and the commercial vitality of the capital. The most significant development was the establishment of the public concert within the social and cultural life of fashionable society. The subscription concerts that premiered symphonies by J. C. Bach and Haydn were conspicuous symbols of luxury, even though they were promoted on broadly commercial lines. Drawing on hitherto untapped archival sources and a comprehensive study of daily newspapers, this book analyses audiences at venues as diverse as the Hanover Square Rooms, Vauxhall Gardens and City taverns. The musical taste of the London public is investigated in the light of contemporary theories of aesthetics, and there is detailed discussion of the financial and practical aspects of concert management and performance, in a period that encouraged enterprise and innovation.