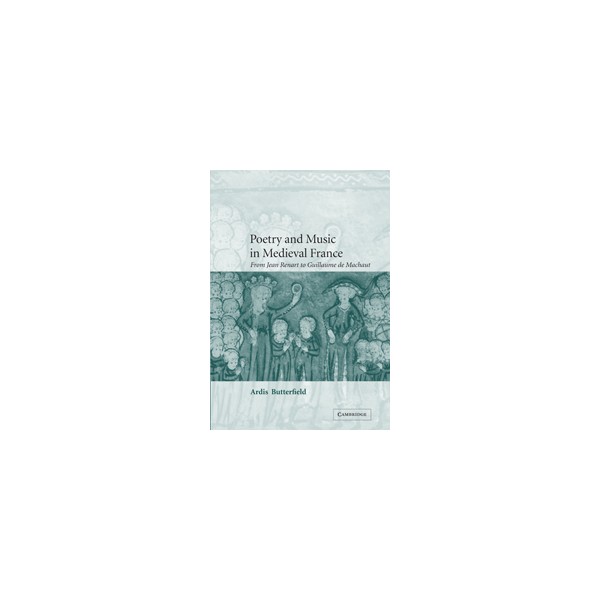 Butterfield examines the relationship between poetry and music in medieval France.

In Poetry and Music in Medieval France Ardis Butterfield examines vernacular song in medieval France. She begins with the moment when French song first survives in writing in the early thirteenth century, and examines a large corpus of works which combine elements of narrative and song, as well as a range of genres which cross between different musical and literary categories. Emphasising the cosmopolitan artistic milieu of Arras, Butterfield describes the wide range of contexts in which secular songs were quoted and copied, including narrative romances, satires and love poems. She uses manuscript evidence to shed light on medieval perceptions of how music and poetry were composed and interpreted. The volume is well illustrated to demonstrate the rich visual culture of medieval French writing and music. This interdisciplinary study will be of interest to both literary and musical scholars of late medieval culture.