> Music>Books on Music/Music Theory>Sibelius The Orchestral Works, An Owner's Manual 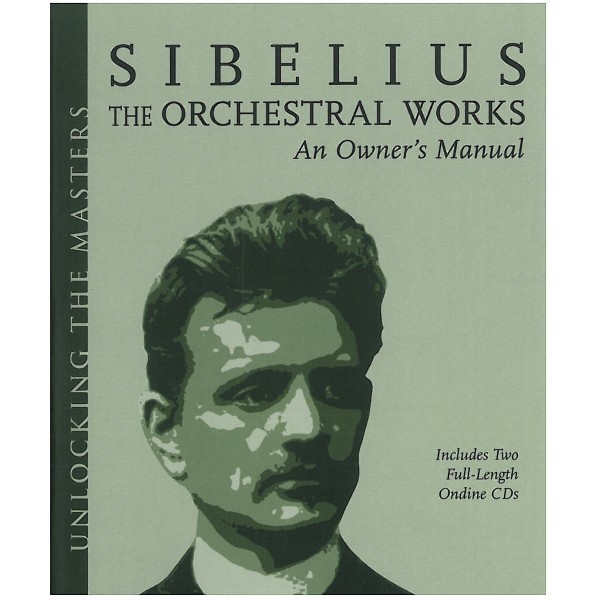 Jean Sibelius was not only Finland's greatest composer, he was one of the most distinctive and appealing musical voices in the first half of the 20th century, especially renowned for his characterful handling of the romantic symphony orchestra. His example has led directly to an unprecedented cultural flowering in his homeland, making this small country of 5 million people a powerhouse in the world of classical music composition and performance.

Sibelius The Orchestral Works – An Owner's Manual considers over 80 individual orchestral pieces, from songs and choruses to symphonies, tone poems, overtures, and theatrical music. Along the way, readers are invited to identify and enjoy the fascinating mix of elements that make up Sibelius's colorful personal idiom. Two CDs accompanying the text offer not only a rich selection of music by Sibelius, including two complete symphonies and two of his most popular tone poems, but also a representative selection of the best Finnish music by his contemporaries and successors. This approach offers a unique opportunity: to hear Sibelius in context and gain an understanding of exactly what distinguishes him from his contemporaries, how he influenced later generations, and how it was that he came to be viewed as the musical spokesperson of an entire nation.