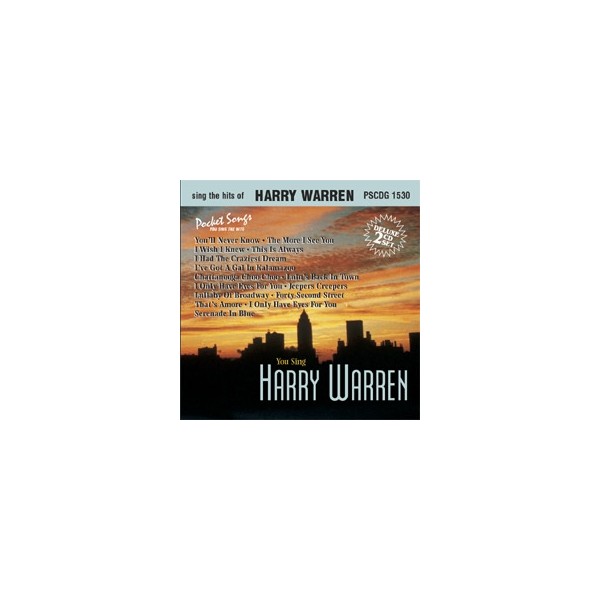 Most people might not be familiar with the name Harry Warren but they are unquestionably familiar with his wonderful music. Writing primarily for films in the 1920s, 30s and 40s, Warren penned songs that have far outlived many of the movies for which they were composed. Timeless songs of the era like Chattanooga Choo Choo (which was also the first ever gold record, with sales of over a million copies), Lullaby of Broadway, Were In The Money, Jeepers Creepers, Thats Amore (a hit for Dean Martin in 1953) and others were all the work of the gifted tunesmith. This karaoke collection includes fifteen of his marvelous songs for your singing pleasure.