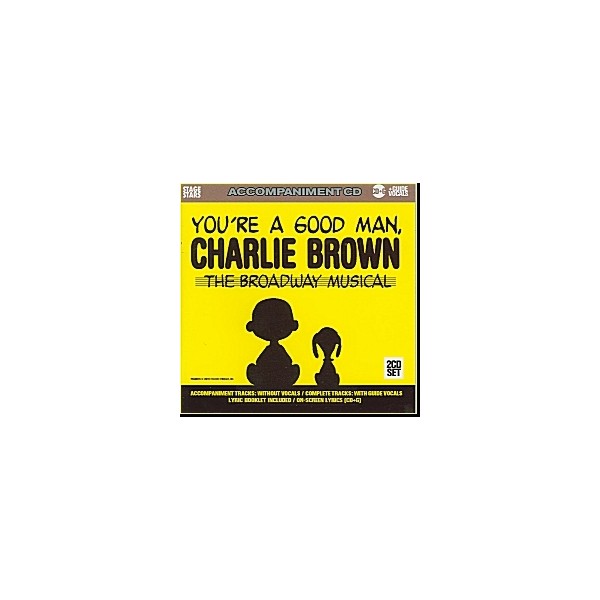 You're a Good Man Charlie Brown [karaoke] features 14 songs from the Broadway musical. This album plays in any CD player and features Guide Vocals & Accompaniment Tracks in the original show key and show tempo. On-screen lyrics and a lyric booklet.

Charles Schulzs beloved Peanuts characters were the basis for the 1967 Off-Broadway musical Youre A Good Man, Charlie Brown. Staged at Theatre 80 St. Marks, it ran for 1,597 peformances. It briefly came to Broadway in 1971 but would fare much better in its 1999 revival, in which composer Andrew Lippa contributed some new songs to Clark Gesners original score. The revival won two Tony Awards out of four nominations and also received the Drama Desk Award for Oustanding Revival of a Musical. Fourteen songs from the production are presented here with lush, note-perfect backing tracks and removable guide vocals for your singing pleasure.

Stage Stars albums include professionally recorded guide vocals.  Each song appears on the album twice: once with music and vocals, and once with accompaniment tracks alone.  This allows the performer to learn a song by singing along with the vocals and music, then to practice their technique accompanied only by the background tracks.

These karaoke albums are recorded in the CD+G format.  When played on a karaoke machine, lyrics will appear on-screen.  In a conventional CD player no graphics will appear onscreen, however, a booklet of the lyrics is enclosed in the CD jewel case.  CD+G albums will play in any CD player.