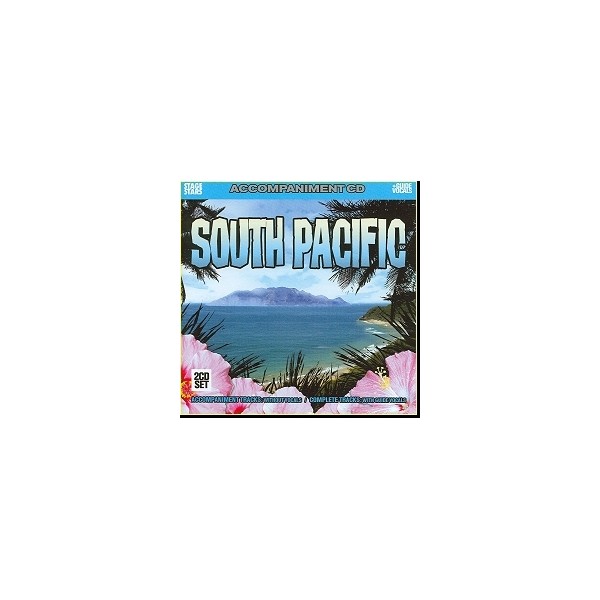 Songs from South Pacific [accompaniment] features 17 songs from the Rodgers & Hammerstein musical. This album plays in any CD player and features Guide Vocals & Accompaniment Tracks in the original show key and show tempo.

South Pacific, a revival of the classic Rodgers & Hammerstein musical, became the biggest success of the 2008 Broadway season, winning eight Tony Awards. Not surprising, since the original also won all nine categories for which it was nominated in 1950. South Pacific contains many timeless songs that have since become pop standards, including the ballad Some Enchanted Evening and the spunky Im Gonna Wash That Man Right Outta My Hair. This album also includes the song My Girl Back Home, which was written for the original production but not performed until the revival. Sing seventeen numbers from the musical with these lush, fully-orchestrated backing tracks in the original show key and tempo.

All Stage Stars albums include professionally recorded guide vocals. Each song appears on the album twice: once with music and vocals, and once with accompaniment tracks alone. This allows the performer to learn a song by singing along with the vocals and music, then to practice their technique accompanied only by the background tracks. This album is recorded in CD, not CD+G format. There are no on-screen lyrics or lyric booklet provided.