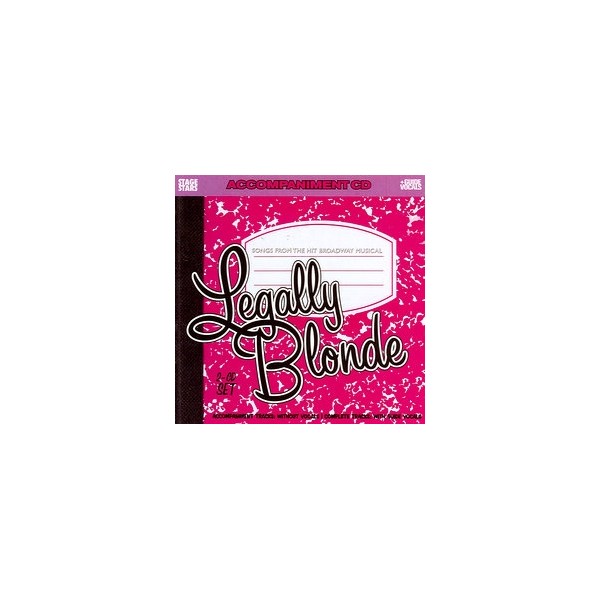 Already a popular film, Legally Blondemoved from screen to stage in late 2006 when it debuted on Broadway.  With music and lyrics by Laurence OKeefe and Nell Benjamin, the show received seven Tony nominations, including one for Best Score.  As a Harvard graduate, OKeefe was well-chosen to write the score for a musical about a Harvard law student.  When it came time to cast a new lead actor for the Broadway production, an MTV show, "Legally Blonde the Musical: The Search for Elle Woods" televised the nationwide search. Heres your chance to sing 16 excellent songs from this beloved show.

All Stage Stars albums include professionally recorded guide vocals. Each song appears on the album twice: once with music and vocals, and once with accompaniment tracks alone. This allows the performer to learn a song by singing along with the vocals and music, then to practice their technique accompanied only by the background tracks. This album is recorded in CD, not CD+G format. There are no on-screen lyrics or lyric booklet provided.