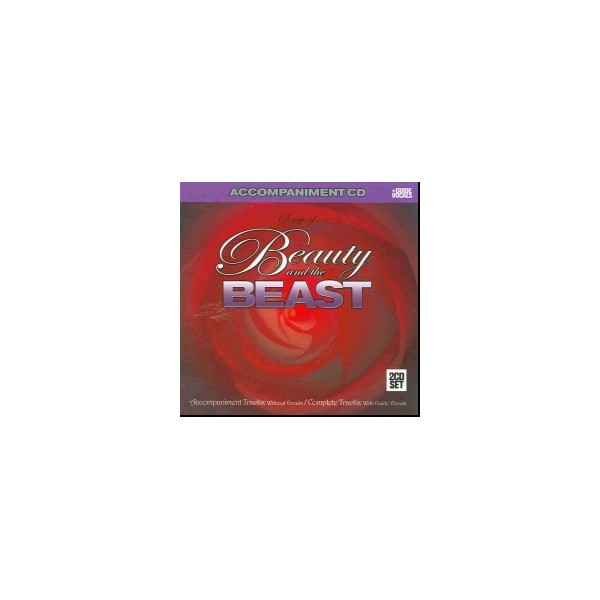 Beauty and the Beast - Backing Tracks to the Musical - Stage Stars

Songs of Beauty & the Beast [accompaniment] features 16 songs from the Broadway musical. This album plays in any CD player and features Guide Vocals & Accompaniment Tracks in the original show key and show tempo.

"For community and school groups or aspiring performers seeking accompaniment/ karaoke tracks for Beauty and the Beast, or just Disney-addicted kids tired of singing a capella or belting along with the singers on the soundtrack or cast albums, the accompaniment tracks here will do the trick. Alan Menken's bouncy and swelling melodies are clearly played without being annoyingly simplified...Christina Bianco as our Beauty is sensational..." -TalkinBroadway July 2007

Nominated for nine Tony Awards in 1994, Beauty & the Beast is a popular stage show based on the Disney animated film.

There are 32 tracks on this album: Tracks 1-16 contain the background tracks and guide vocals; tracks 17-32 contain the accompaniment tracks alone. This album is a re-recording in the original show key and show tempo.

This album is recorded in CD, not CD+G format. There are no on-screen lyrics or lyric booklet provided.