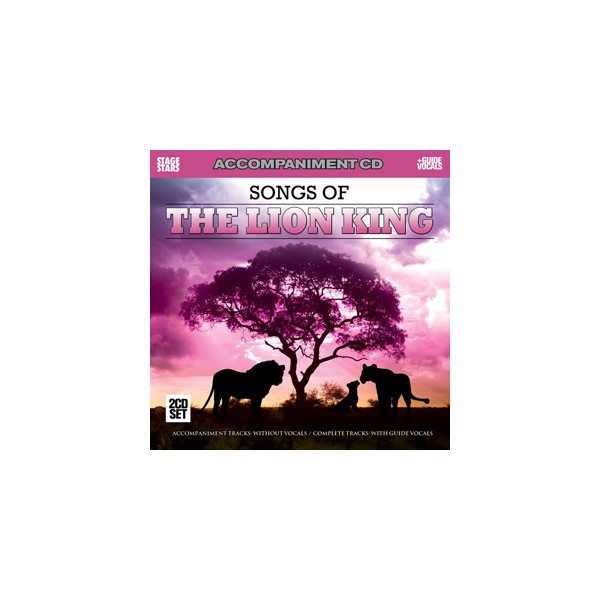 The Lion King - Backing Tracks from the Musical - Stage Stars

Sing the songs of the Lion King along to these high quality backing tracks from Stage Stars. The CD features the tracks twice, once with guide vocals and once without so you can take the lead. The perfect tool for practice and auditions.

Based on the 1994 animated film of the same name, The Lion King features music by Elton John with lyrics by Tim Rice; there is additional music by Hans Zimmer, Lebo M., Jay Rifkin, and Julie Taymor. Julie Taymor also directed the ground-breaking musical which opened on Broadway on October 15, 1997.

Produced by Disney Theatrical, The Lion King won eight of its 11 Drama Desk Awards nominations and six of it’s 11 Tony Award nominations, including Best Musical. The show is still playing and surpassed Disney’s Beauty and the Beast as the seventh-longest running show on Broadway. The show is produced all over the world, in cities such as Paris, Taipei, Madrid, Seoul and Johannesburg, to name just a few.