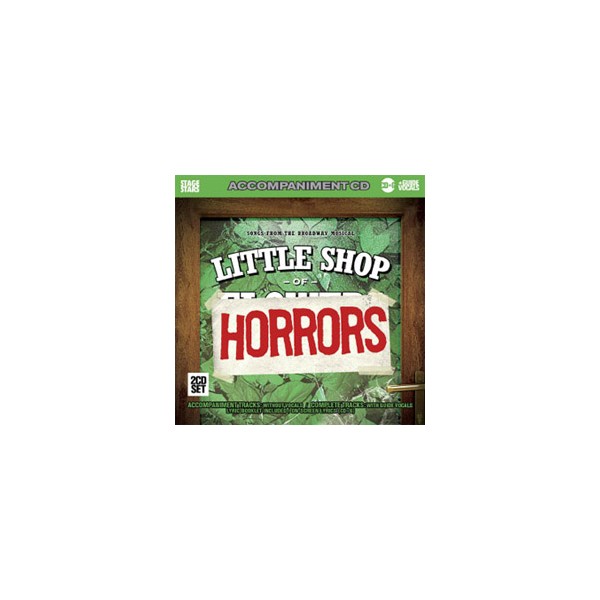 Little Shop of Horrors is a rock musical by Oscar-winning composer Alan Menken and writer Howard Ashman, about a meek florist who raises a plant on human blood. Inspired by the low-budget 1960 black comedy film The Little Shop of Horrors, directed by Roger Corman, the 1982 musical ran for 2,209 performances. A film version made in 1986 became a cult classic. The music, composed by Menken in the style of early 1960s rock and roll, doo-wop and early Motown, includes several show-stoppers including "Skid Row (Downtown)", "Somewhere That's Green", and "Suddenly, Seymour", as well as the title song.

In addition to an original long-running 1982 off-Broadway production and subsequent Broadway productions, the musical has been performed all over the world, from Athens to Zurich. This recording includes “Call Back in the Morning”, omitted from the original cast recording, and full-versions of “Now (It’s Just the Gas) and “Mushnik & Son”.

Accompaniment/karaoke CD of songs from Little Shop of Horrors : Tracks 1-17 contain the background tracks and guide vocals; tracks 18-34 contain the accompaniment tracks alone. This album is a re-recording in the original 1982 show key and show tempo.

These albums include professionally recorded guide vocals. Each song appears on the album twice: once with music and vocals, and once with accompaniment tracks alone. This allows the performer to learn a song by singing along with the vocals and music, then to practice their technique accompanied only by the background tracks.

This album is recorded in the CD+G format. When played on a karaoke machine, lyrics will appear on-screen. In a conventional CD player no graphics will appear onscreen, however, a booklet of the lyrics is enclosed in the CD jewel case. CD+G albums will play in any CD player.