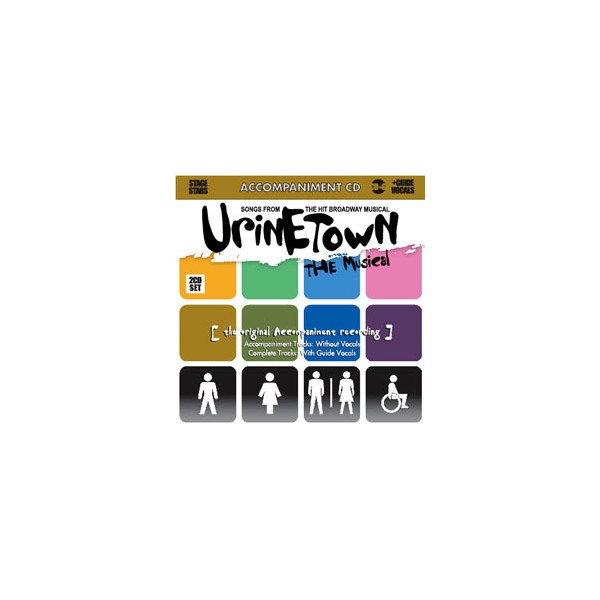 Sing along with the accompaniment album to Urinetown, a satirical show that mixes love, revolution, greed and corruption. In a worn down town, a twenty year drought led to a ban on all private bathrooms and forcing even the poorest people to pay to use public amenities. Written by Mark Hollmann and Greg Kotis, this show was inspired by Berolt Brecht and Kurt Weill and parodies musicals such as Les Miserables and The Cradle Will Rock. Urinetown won the Drama League and Broadway.com Audience awards for Best Musical, and two Tony awards for Best Book and Best Score!

This album has 32 tracks; 1-16 with guide vocals and 17-32 with accompaniment only. The songs are re-recorded but are in the original show keys and tempos.

These albums include professionally recorded guide vocals. Each song appears on the album twice: once with music and vocals, and once with accompaniment tracks alone. This allows the performer to learn a song by singing along with the vocals and music, then to practice their technique accompanied only by the background tracks.

This album is recorded in CD+G format. There are on-screen lyrics and lyric booklet provided.