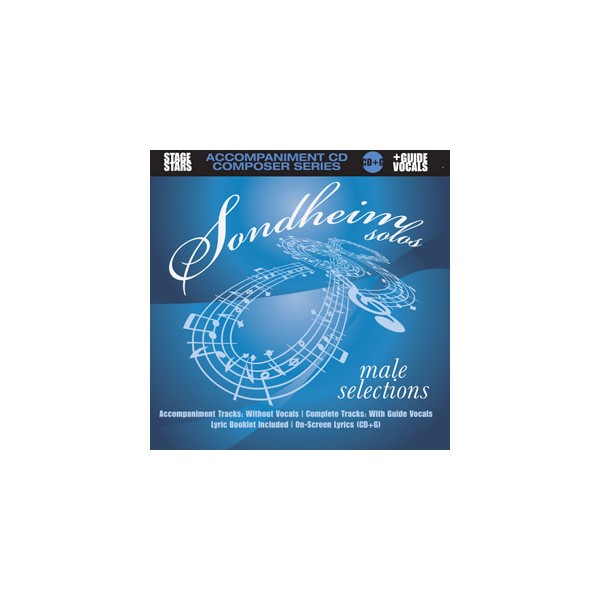 Stephen Sondheim hit the Broadway scene in 1957 as the lyricist for the hit musical, "West Side Story". Since then, his work as composer/lyricist has earned him nine Tony Awards (including the Special Tony Award for Lifetime Achievement in the Theatre), multiple Grammy Awards, an Academy Award and a Pulitzer Prize. Sondheim's musical sophistication is considered by some "to be greater than that of many of his musical theater peers, and his lyrics are likewise renowned for their ambiguity, wit, and urbanity". This young apprentice of the legendary Oscar Hammerstein II continues to write for both stage and film.

Our accompaniment/karaoke CD of Sondheim Solos, Male Selections : Tracks 1-10 contain the background tracks and guide vocals; tracks 11-20 contain the accompaniment tracks alone. This album is a re-recording in the original show keys and tempos.

These karaoke albums are recorded in the CD+G format. When played on a karaoke machine, lyrics will appear on-screen. In a conventional CD player no graphics will appear onscreen, however, a booklet of the lyrics is enclosed in the CD jewel case. CD+G albums will play in any CD player.