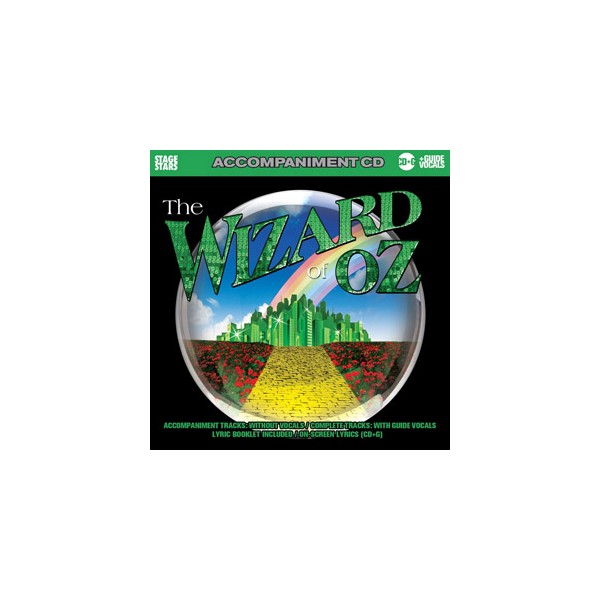 The Wizard of Oz - backing tracks from the musical - Stage Stars

The Wizard of Oz [karaoke] features 12 songs from the Broadway & Movie musical. This album plays in any CD player and features Guide Vocals & Accompaniment Tracks in the original show key and show tempo. On-screen lyrics and a lyric booklet are provided

Originally a 1902 stage play, and then a successful 1939 film, The Wizard of Oz is a musical with a book by John Kane, music by Harold Arlen and lyrics by E.Y. Harburg. The current musical version was originally presented in 1987, when Kane was asked by the Royal Shakespeare Company to create a new adaptation, very close to the 1939 film, which presents almost all of the screenplay's dialogue, with a few minor changes and additions. The complete original score was presented, and restored the musical numbers "The Jitterbug", "Over the Rainbow (Reprise)" and "Ding Dong, the Witch is Dead (Reprise)", cut from the original film. This delightful stage version has become a popular musical to perform by community theatres and children's theatres in the United States and the U.K.

These accompaniment/karaoke CD of songs from The Wizard of Oz : Tracks 1-12 contain the background tracks and guide vocals; tracks 13-24 contain the accompaniment tracks alone. This album is a re-recording in the original 1987 show key and show tempo.

These karaoke albums are recorded in the CD+G format. When played on a karaoke machine, lyrics will appear on-screen. In a conventional CD player no graphics will appear onscreen, however, a booklet of the lyrics is enclosed in the CD jewel case. CD+G albums will play in any CD player.