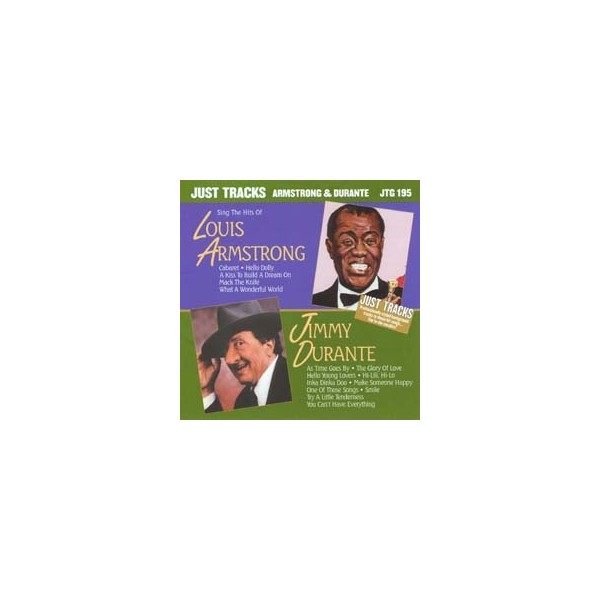 Sing the hits of jazz legends, Louis Armstrong and Jimmy Durante! Armstrong was a charismatic, innovative performer whose improvised soloing was the main influence for a fundamental change in jazz. He first achieved fame as a cornet player, later on switching to trumpet, but toward the end of his career he was best known as a vocalist and became one of the most influential jazz singers in history! In 1964, Armstrong scored a #1 hit with the song “Hello Dolly. At the age of 63, he set a U.S. record as the oldest artist to have a #1 song on the Billboard charts! Jimmy Durante was not only an accomplished singer, but was also a pianist, actor & comedian! He was considered one of the most beloved people in the entertainment industry. Durante became a vaudeville star and radio attraction by the mid-1920s, with a music and comedy trio called Clayton, Jackson and Durante. By 1934, he had a major record hit, his own novelty composition "Inka Dinka Doo," and it became his signature song for practically the rest of his life. Jimmy made himself an even bigger name with his nationally-broadcast radio variety show in the 1940s. Sing 15 great tracks from these two prolific men!

other products in the 'Just Tracks' category: