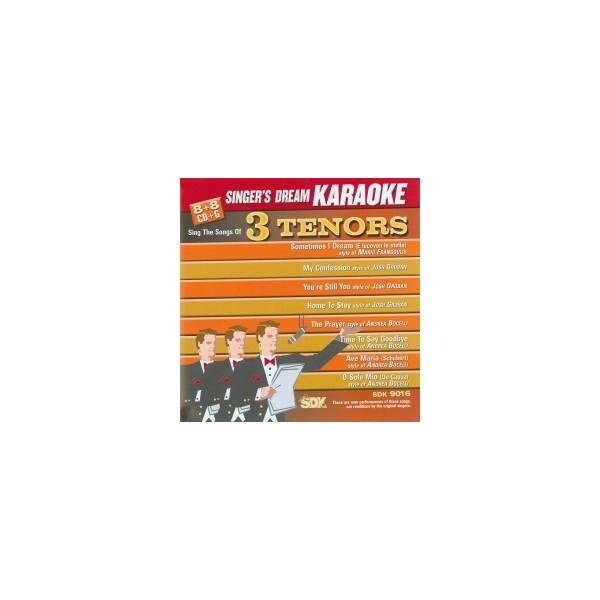 Sing The Songs Of Three Tenors

Sing the songs of three of the best tenors around today! Mario Frangoulis is a Greek vocalist whose first claim to fame was an appearance in Andrew Lloyd Webbers The Phantom of the Opera in London West End. He is fluent (and sings) in five languages. Josh Groban is an American tenor who has sold nearly 20 million albums in the United States alone. The Italian singer Andrea Bocelli is equally comfortable in classical and pop and has sold more than 70 million albums worldwide.

other products in the 'Classical & Opera' category: