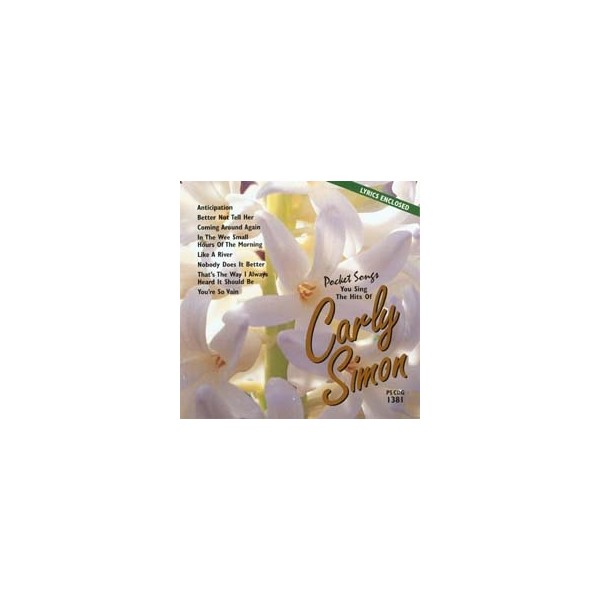 Born in The Bronx, Carly Simon is a singer-songwriter who had a string of successful singles and albums in the 1970s and beyond. Her first hit, Anticipation, is the title track to her 1971 sophomore release. The following year, she released her signature song: Youre So Vain, a mid-tempo number about a self-absorbed lover. Speculation has raged for decades about which of her many famous ex-boyfriends inspired the song. Sing this and six other classic numbers by the legendary singer.

other products in the 'Adult / Contemporary' category: