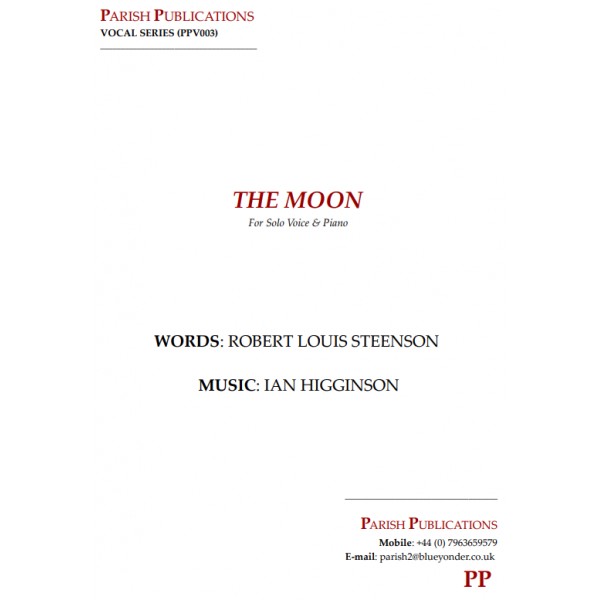 A jolly piece in character with a feeling of a 'tick tock' of a clock in the hall!

Another well-loved poem by Robert Louis Stevenson, which is again set to music for solo voice and piano by Ian Higginson and is set in G major. A jolly piece in character with a feeling of a 'tick tock' of a clock in the hall! There are scalic and flowing accompaniment passages underpinning the agility in the solo vocal part, which depicts this popular text. It is a very useful piece for either a singer of any standard or a choir of unison voices and is suitable for recitals, concerts, or festivals etc.