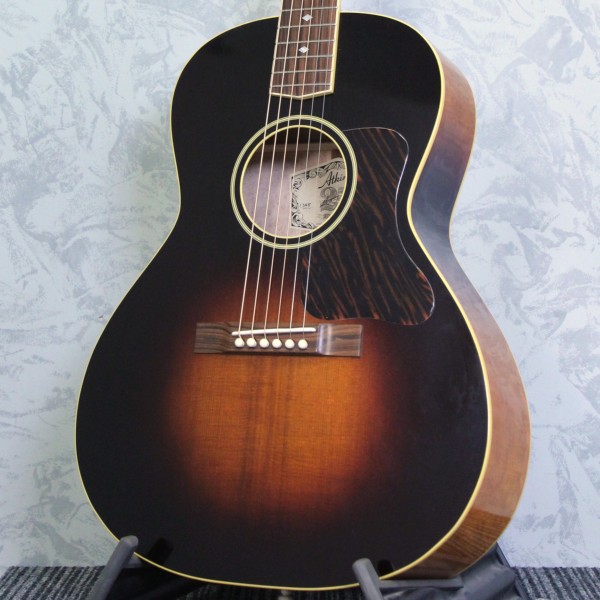 This beautiful thing is a custom order version of Alister's popular L-36 model based on the Gibson that we specced after playing an original 1930s Gibson Nick Lucas made from adirondack spruce and birdseye maple back and sides. Alister's version copies many of the features of the Nick Lucas and, although expensive at £3750, it's a positive bargain compared to the $35,000 the Nick Lucas we played was valued at!

It's a very strident sounding guitar, trading the sweetness of the mahogany version for a bell-like ring and enormous presence - this is a phenomenally big sounding guitar particularly given its size, and can handle bluesy ragtime and virous strumming with equal applomb. It's one of the best sounding acoustics we've had in the shop, and twe don't say that lightly.

Also referred to as the Parlor guitar (depending on where you are in the world), this design is among the smallest of acoustic guitar body shapes. 1936 was a great year for the Parlor design and our ‘Thirty Six’ takes inspiration from those very guitars right at the time they became a pivotal part of American Folk and Blues music.

Carefully selected Baked Sitka Spruce is used for the top. Combined with their hand-scalloped bracing, it delivers a tight, bouncy tone that’s perfect for folky fingerpicking and blues-style flatpicking alike.