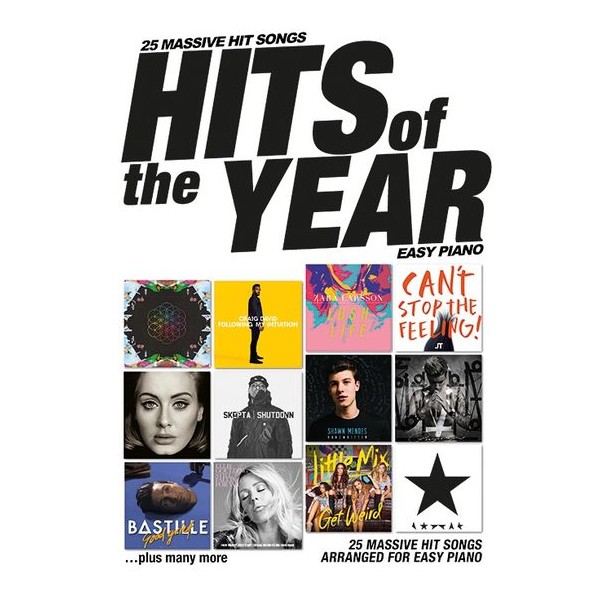 This volume contains 25 massive hit songs from 2015-2016, all in arrangements for easy Piano. Late 2015 was an exceptional time for popular music with the release of several long-awaited albums, including Justin Biebers Purpose, which offered three no. 1 singles: What Do You Mean , Sorry and Love Yourself , and Coldplays A Head Full Of Dreams with the hits Adventure Of A Lifetime and Hymn For The Weekend . November 2015 was marked by the release of Adeles third studio album 25, which enjoyed immediate success thanks to its dramatic vocals and nostalgic mood, as demonstrated in the singles Hello and When We Were Young . 2016 started on a sad note with the death of music legend David Bowie in January, just two days after the release of his final album Blackstar with its memorable single Lazarus . This songbook contains all of these songs as well as hits from some of popular musics hottest new artists, including Shawn Mendes, Skepta, Calum Scott, Zayn and Bastille. With Hits Of The Year 2016: Easy Piano pianists at an early-intermediate level can enjoy playing this great selection of current tunes.