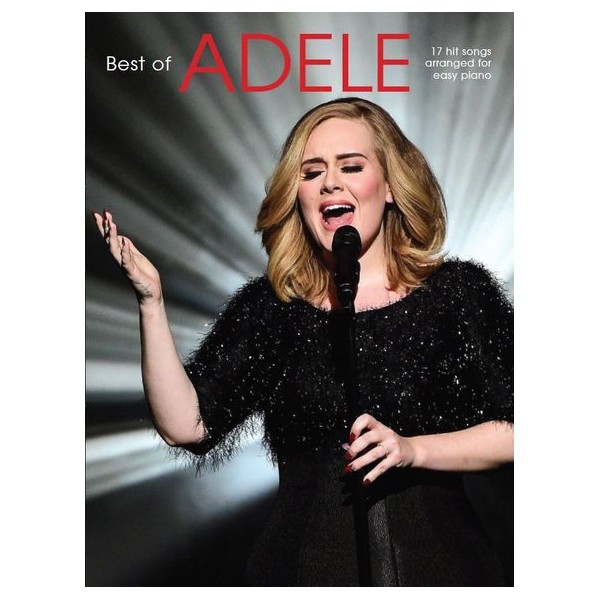 The Best Of Adele For Easy Piano includes 17 of her biggest and best hits so far, arranged for Easy Piano, with simplified arrangements, chord symbols, lyrics and some fingering guidance.Featuring the chart-topping Hello , plus the favourites from all three of her albums, 19, 21 and 25. This is the definitive Adele sheet music book for Easy Piano . Since starting out at the BRIT School in South London, Adele s rise to stardom has been truly exciting. Her dut release 19 brought sudden success with singles like Chasing Pavements , Hometown Glory and Make You Feel My Love , all included here. But it was 21 that shot her to pop royalty, with Set Fire To The Rain, Rolling In The Deep and that performance of Someone Like You , solidifying her as a genuine superstar. After taking a short break from music after giving birth to a son, Adele s third album 25 was released in 2015 amidst unprecedented anticipation and speculation. Critics and fans hailed its mature lyrical themes and Adele s unfaltering vocals, while commercial sales broke records internationally. Five songs from this smash-hit album are included in this Best Of Adele collection for Easy Piano , such as Hello, When We Were Young, Remedy, All I Ask and Water Under The Bridge . Adele For Easy Piano will let you learn to play the best songs from 25, 21 and 19with lyrics, chord symbols and fingering guidance when necessary. If you are of a beginner standard on the Piano, this book boasts The Best Of Adele so far, at a difficulty you will be able to play.