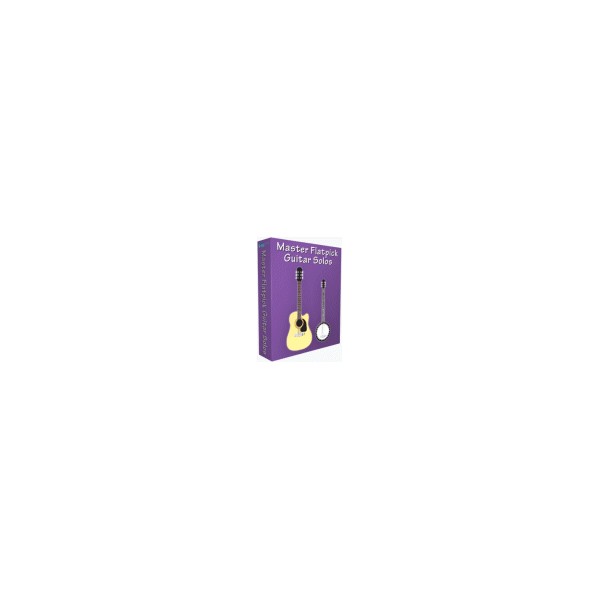 Learn How to Solo Like a Master - This program is an interactive learning aid, designed to help you learn to solo like a professional flatpick guitarist. Musicians studying improvisation typically learn by copying other soloists' performances. Since guitar is a \"visual instrument\", it is easier to learn to play by watching the fretboard than by reading the music from a staff. The on-screen guitar fretboard shows you exactly which notes and chords are being played on the guitar. There are guide notes for typical positions for the key, and note names, to help you learn the fret/string positions.

The purpose of this program is to help you to learn the art of flatpick improvisation. The student who wants to learn to improvise flatpick music is usually told to listen to some flatpick solos, and learn from them.

Unfortunately, the student often encounters some obstacles after receiving this advice.

We have created a program that has a huge library of flatpick solos, based on the following parameters:

How to use the program - This program contains flatpick guitar solos covering various styles, from easy-to-play to advanced phrases. We suggest that you learn the phrases by first watching the On-screen guitar fretboard, while the notation scrolls by. You'll notice that the notation also contains TAB. To study a particular phrase, the program includes advanced looping features. You can loop a number of bars, what you see on the screen, or the entire song. If the song is playing too quickly, you can adjust the tempo, or even the key.

Includes Band-in-a-Box Files - As an additional bonus, we've included the 50 songs in Band-in-a-Box format, free with this standalone product. If you're a Band-in-a-Box user, you'll find the songs in the FGSOLO50 directory in your main install directory.